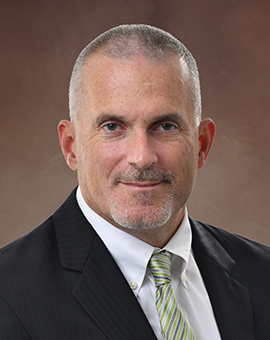 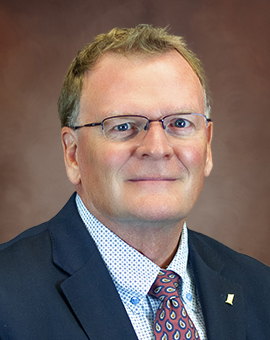 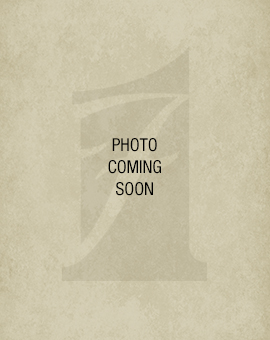 Market President
Toll Free: 855.991.5855  //  Direct: 651.325.4177
Email Jim
Jim joined the bank in 2018 with over 20 years of experience in commercial lending. As Market President, he enjoys developing strong relationships that benefit clients and the bank in addition to making a positive impact on the community. Jim is a member of Minnesota Multi Housing Association and National Association for Industrial and Office Parks.

He earned his Bachelor of Business Administration degree in Real Estate Finance and Risk Management while playing football at the University of Wisconsin–Madison. Jim is very involved in his community, as he coaches high school and youth sports, is a member of Woodbury Chamber of Commerce, volunteers for National MS Society, and is involved with his local church. In his free time, he enjoys coaching, attending sporting events, spending time with his family and friends, fishing, and visiting the lake. Jim and his wife Heather have three kids, Kelsey, Nick, and Ty.

Steve Dobin joined First Bank & Trust as the Chief Mortgage Officer in 2022 to lead and oversee the mortgage strategy for the entire organization. He brings over 20 years of mortgage banking experience and is a certified Financial Literacy Instructor.

Steve attended the University of Minnesota where he obtained an Associate of Arts degree in both general studies and marketing as well as an Applied Science degree in management. He is actively involved in Housing First Minnesota, Children’s Hospital Family Needs Golf Committee, and Minneapolis Area Association of Realtors, and he serves as a board member of Housing First Minnesota Foundation.

Steve is father to four adult children and is active on the church council of Shepherd of the Valley Lutheran Church. When he and his wife Sara are not braving the weather to loyally follow Gopher football, they can be found walking, lifting weights, or golfing in their hometown of Rosemount, MN. They are also avid travelers, having been to 49 states, with Alaska being the last on their list.

Joe, Senior Vice President/Business Banking Manager, joined the organization in 2015 with over 20 years of banking experience. Joe earned his bachelor’s degree at Valley City State University where he played college football. He then went on to attend Stonier Graduate School of Banking – University of Pennsylvania.

Joe resides in Minnesota with his wife Laurie and their two kids, Olivia and Nick. He enjoys doing anything outdoors including hunting, fishing, spending time at their cabin, and cheering at his kids’ sporting events.

Justin joined the bank in 2021 with over 20 years of experience in the finance and banking industries, including commercial lending and Small Business Association (SBA) Managerial experience. As SBA Lending Manager at First Bank & Trust, he thrives on supporting small businesses in our communities through the development and leadership of our SBA Lending Department. Justin is a member of the American Bankers Association and is active with the U.S. and Minnesota SBA offices as well as the Minnesota Commercial Association of Realtors (MNCAR).

He attended Inver Hill Community College as well as the University of Wisconsin. Justin is very involved in his community, as he is on the board of the Lakeville Hockey Association, a member of the local chamber of commerce, and coaches several youth sports teams. In his free time, he enjoys playing hockey, boating, escaping the cold Minnesota winters to vacations in warmer weather, as well as spending time with family and friends. Justin and his wife Angela have two kids, Parker and Mason, and a canine kid, their dog Zamboni.

Originally from Fargo, North Dakota, Rob now calls Savage his home where he resides with his wife, Jenny, and their two sons, Brayden and Brody. Outside of work, Rob enjoys playing and coaching sports, music, cooking, movies, and traveling with his family.

Greg attended Alexandria Technical College where he earned his associate’s degree. He enjoys participating in various fundraising events, fishing, and golfing. Greg and his wife Laurylee have two children, Ben and Lexi.

Dana Anderson joined the bank in 2007. As a Regional Mortgage Banking Manager, Dana is responsible for managing the residential mortgage department for both loan production and operations. She originates and manages the residential new construction program as well as purchase and refinances transactions as a Mortgage Loan Officer. Dana is a member of the Minnesota Mortgage Association.

Born in Minneapolis and raised in Shakopee, MN, Dana stays involved in the Shakopee School District while attending her children’s sporting events in hockey, baseball and dance. She loves the cabin life in Northern Minnesota that includes all lake activities. Dana and her husband David have two children, Ava and Alex.