Connect with a Bank Advisor 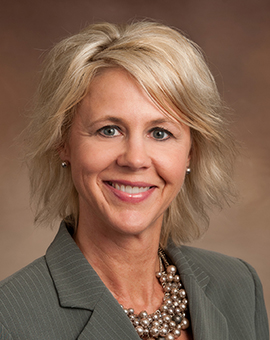 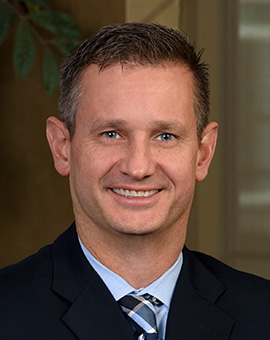 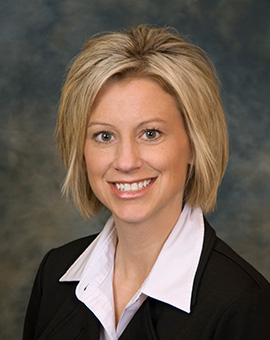 Robin Aden joined the organization as Senior Vice President in April 2013. Her responsibilities include management and growth of the Wealth Management Division, comprised of investment, trust, planning and private banking services.

Aden received her bachelor's degree from Gustavus Adolphus College, St. Peter, MN, and Juris Doctorate from the University of South Dakota School of Law, Vermillion, SD. She has over 20 years of financial services experience in a variety of roles. Aden is also a Certified Trust and Financial Advisor, Accredited Estate Planner, and a licensed attorney in South Dakota.

Darin Schaap brings over two decades of financial services experience to his role as Vice President, Senior Wealth Advisor at First Bank & Trust. His responsibilities include investment management and trust services, along with comprehensive retirement and estate planning for individuals and institutions.

Darin earned a Bachelor of Arts degree from the University of South Dakota and is a Certified Trust Financial Advisor.

Schaap is a member of the Sioux Falls Investment Society and the Sioux Falls Estate Planning Council. He also serves as Treasurer for the Furniture Mission and was previously on the Board for Southeast Technical Institute. In his free time, Darin enjoys running the trails of the state park in Brandon, watching his daughters basketball games, playing ping-pong with his son and helping his wife with her business, The Flower Mill in Sioux Falls.

Amy Molenda joined First Bank & Trust in July 2013 as a Wealth Management Client Associate. She is responsible for administrative and client service for the Wealth Management Group, comprised of trust and investments, private banking, and financial planning. A Southeast Technical Institute graduate, Molenda also received her Registered Paraplanner designation from the College for Financial Planning. She has 20 years of experience in the trust industry.

Molenda is involved with the National Multiple Sclerosis Society (Upper Midwest Chapter), Sioux Empire United Way and The Banquet. She is a native of Flandreau and enjoys biking, reading, and being outdoors. She and her husband, Nate, have two children, Preston and Elliana.

Elizabeth Carlson joined the organization in June 2007 as a Customer Service Representative and now serves as a Vice President, Private Banker. Elizabeth brings over a decade of banking experience to her current role. Her responsibilities include consumer and business accounts, consumer and business loans, second mortgages and home equity lines of credits. Having grown up in a small farm community in Iowa, Elizabeth shares that small-town friendliness with all her customers.

Elizabeth is involved with the Sioux Empire United Way, The New Colossus, Sioux Falls Cares and Boys & Girls Club of the Sioux Empire. Outside of work, she enjoys spending time with family and friends, being outdoors, golfing, camping, fishing, traveling, college football and baking. She and her husband Jolin have two children, Ava and Kye.

Chad joined the Private Banking team as an experienced banker with more than a decade working in Personal and Private Banking. Chad attended the University of Sioux Falls, where he played basketball and earned a Bachelor of Arts in Business Administration.

A Brandon native, Chad enjoys staying active in the community.  He volunteers for Sioux Empire United Way, the Salvation Army, and Junior Achievement and is active in the Sioux Falls Chamber of Commerce. Chad and his wife Jackie have two children, Avery and Ben.